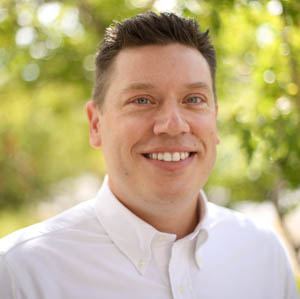 Eric Thomas joined CSGF in the spring of 2018 and leads the Impact Team. Eric spent over twelve years with the Noble Network of Charter Schools in Chicago, winner of the Broad Prize for the best charter school system in the country in 2015. Eric started as the founding principal of Noble’s second school, then served as assistant superintendent and eventually president of the organization as it grew into a network of 18 campuses serving more than 12,500 students across Chicago. He began his career in education as an English teacher in Baltimore in 1999 through Teach for America. Eric is a graduate of the University of Wisconsin and holds a Master’s Degree in Teaching from Johns Hopkins University. He lives in Chicago with his wife Jamie, also an educator and entrepreneur, and two children.